I was casually enjoying aÂ cold one last night whenÂ three thingsÂ struck me. That's right, three.Â The firstÂ was thatÂ I haven't written an overly sarcastic or snarky email in far too long, which is just no bueno and must be rectified, like, as soon as possible.Â

The secondÂ thing that struck me was a gnawed onÂ dog bone that had been flung from the mouth of my both overgrown andÂ overly excitedÂ American Bulldog namedÂ Bailey. Some forehead bleeding proceeded.

The thirdÂ thing that struck me was that a hundred American dollars is quite aÂ lot of moneyÂ and, if you're spending that (or more) on a gaggle ofÂ BottleKeepers, you probably should get free shipping. So we're gonna try that for a while and see how it works. Heck, I'm the Chief Beer Digester atÂ BottleKeeper, so I can pretty much do whatÂ I want.Â

So,Â that's the deal -- if you spend $100 or more atÂ BottleKeeper.com, we'll pay for ground shipping to anywhere in the good oldÂ U.S. of A.Â

Cheers for now and don't forget, life's too short to drink warm beer! 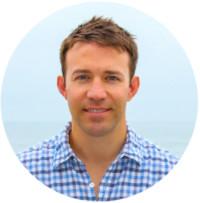