What Your Beer Of Choice Says About You

What Your Beer Of Choice Says About You

Your beer of choice says as much about you as the car you drive or the football team you root for. As your weekends will be full of game-time parties - at least until February - weâ€™ve put together a little guide to understanding what your beer says about you. If nothing else, you can have a head start scoping the room.

While this is just a hair short of foolproof, weâ€™re convinced that it works 60% of the time, every time. 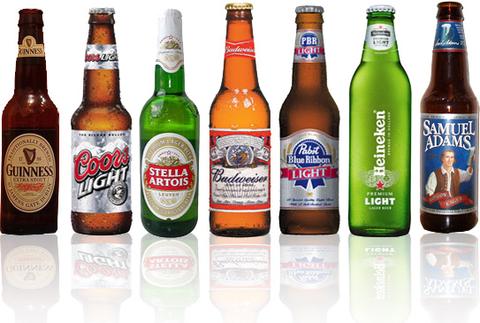 Guys: Dudes who genuinely believe they prefer Budweiser â€œfor the tasteâ€ are the same guys who take vodka shots out of their favorite shot glass because they think it goes down smoother. #Merica

Girls: I bet you can challenge her to an arm wrestle. Sheâ€™ll probably win.

Guys: This brings back memories. You arenâ€™t a beer aficionado, but you do like to have a good time with the boys. This is a guy you want to hang out with.

Girls: You probably donâ€™t know any better but if you do, itâ€™s because youâ€™re awesome.

Editors note: I â€œcanâ€™tâ€ even â€œcanâ€™tâ€ with this one. If youâ€™re at a party where this is being served you should probably question your life choices.

Guys: Blue Moon is to wheat beer as Malibu is to rum. You kinda dig it when itâ€™s there, but when itâ€™s not, youâ€™ll abandon. Sayâ€™s a lot about you, my man.

Girls: This is a chick whoâ€™s fun. You probably like to stay up late and go skinny dipping under the blue moonâ€¦ See what I did there?

Guys: This is a broâ€™s bro. You will probably like him, he seems to roll with the punches.

Girls: This is one step away from tequila shots. Bet this chick makes a great Mexican Bulldog (or Beer-rita). Itâ€™s real we swear. <link to the recipe: http://drinksmadeeasy.blogspot.com/2012/09/drinks-made-easy-how-to-make-beerita.html >

Guys: Statistically, more men drink Stella than women. We cannot say whether or not these men are as pretentious as Stella Artoisâ€™ ad campaigns. Â

Girls: Stella is proof that a cute label can make people enjoy anything. Youâ€™re probably stylish, and you probably have a pretty cool BottleKeeper, too.

Guys: Thinks heâ€™s the most interesting man in the world. And just might be.

Girls: Also thinks sheâ€™s the most interesting man in the world. And also just might be.