Our Top 4 Beer Fests Around The U.S. 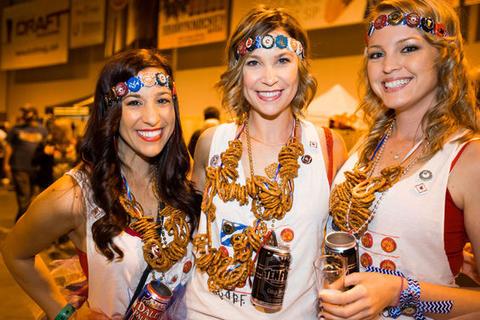 Who says Alaska isnâ€™t fun? We certainly didnâ€™t. So if you find yourself way up north this winter, or if you are looking for a reason to escape, join us up in Anchorage this January and enjoy more than 300 different beers. Â Beer isnâ€™t the only item on the list â€“ barley wine is also available (with alcohol contents around 12%). So you can hang out with glaciers and drink until youâ€™re warm!

Come for the beer, stay for the people. Â Youâ€™ll find, Sam Adams isnâ€™t the only world-class lager made in Boston. Â In late May, Boston hosts one of the largest beer festivals on the East coast. Â With hundreds of beers and far more people, this event is a great way to celebrate Spring. And your love of a fine brew.

If you are a true beer fan, then this event is for you. Â Â With hundreds of selections to choose from, Chattanooga brings together a wide variety of beer, people, and music for the event. Â The beer, as good as it is, is only part of the perk. Â Enjoy live music, dancing, and a beautiful summer day while you try out countless beers, all next to the river. Trust us, Tennessee is actually pretty epic.

Here is an event you cannot miss. For a brew to be considered a â€œfresh hop aleâ€ for the festival competition is must be produced with hops that were picked no more than 24 hours prior to brewing. This festival draws in breweries competing for the â€œMost Pours Awardâ€ crown. Enjoy live music, food buffets, and even a cigar tent â€“ only a couple of hours outside Portland Oregon.

If you end up making it to one or all of these, make sure you share your cold beer lovinâ€™ BottleKeeper action shots with us! #ColderBEERisBetter