7 Health Benefits of Drinking a Beer 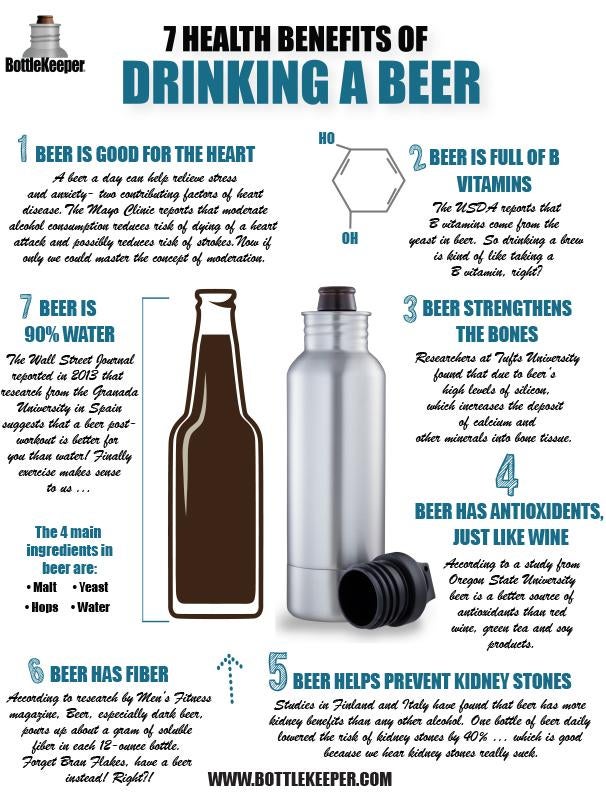 Thatâ€™s right fellow beer drinkers, after some extensive research we have discovered that sipping on a brew actually has some pretty awesome health benefits. Sadly, we are fairly certain that these surprising health benefits apply to drinking just ONE beer a day, not 12. What we can say with absolute certainty though is next time you crack a cold one; you can legitimately cheers to your health!

And as always, drink responsibly!