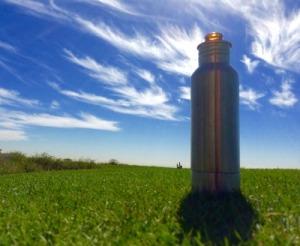 WellÂ hello there fellow cold beer enthusiast! It feels like it's been months, maybe even years (not really, just months) since I've last posted through our lovely blog here at BottleKeeper and I must say, what a crazy couple of months it's been! I couldn't be more thrilled at the progress we've made here at BottleKeeper, just dominating those sissy beer koozies everywhere we go, with sales continuing to ramp up with the impending holidays and a few additional add-ons that you may have noticed -- NFL and NCAA decals, as well as BK Bottle Openers.

Are you interested in some of the upcomingÂ innovations from our team of warm beer haters here at BottleKeeper? No need to fret as we've got a number of "new and improved" BottleKeepers up our sleeve! Wait a second, how could something be both "new" and "improved"? If it were improved, that would imply that it previously existed, making it impossible to have also been new. And if were indeed new, it couldn't possibly also be improved because it would have, by definition, never previously existed...anyways, I digress.

So yes, look out for some fancy new colors headed down the pipeline in 2015 as well as an expanded 12oz BottleKeeper that makes it a bit easier to accommodate those pesky but delicious Coronas (those may come even sooner). We also expect 2015 to be a big year, with at least 2 new sizes of BottleKeepers in the game plan -- 22 oz for your bombers and 750 ml for your larger formats and even wine bottles.

Well, it's been fun catching up. Let's do this more often!