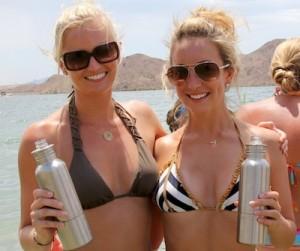 It's 4:22 PM on October 21st, 2013, our Fundable pre-order campaign for Brewtis the BottleKeeper has officially ended and I must say, what a ride that was! We've been through the lows of having little or no movement in the campaign for extended durations of time, then the incredible highs of having been written about in incredible publications like Gizmodo and Thrillist, that lead cold beer enthusiasts around the world to buy Brewtis in droves!

As a quick recap, in a period of about 2 months we pre-sold almost 1000 Brewtis the BottleKeepers into at least the 6 countries of the U.S., Canada, Great Britain, Australia, New Zealand and Puerto Rico, to which I must say, "WOW"! We're still amidst the manufacturing process and there are great people around the world that believe in Brewtis so much that they will pay, in advance, to be one of the first to have one? Like a dream come true...

So now we march down the path intended to launch this great and life altering product (seriously) with no need to fret, we'll continue to offer 'pre-order' discounts until Brewtis is complete and in our grubby little hands to ship out to your grubby little hands. We fully expect this to happen within the month of November, while of course keeping in mind that bumps in the road tend to magically appear, and are unbelievably excited to begin fulfilling your BottleKeeper orders!

Just remember, life is too short to drink warm beer!