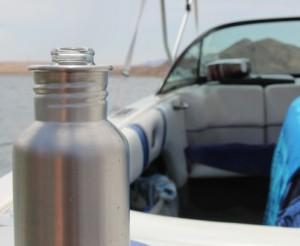 I've gotta tell you...we've been working diligently to get BottleCamo made and in your hands for a number of months now, and we're close. Real close. We're about to receive our prototype units from the manufacturer and, after having seen a number of pictures from the other side of the world, we're excited like kids at Christmas.

Within the first day of receiving these units, we will have done some serious testing and shipped a number of them out to publications that are eagerly awaiting their own for a written review.

But there's a problem...

We've read the articles and perused the comments surrounding BottleCamo and it's more than apparent that our intended use of BottleCamo is clouded by it's name. BottleCamo to us means, "hide your beer from the sun", but to others means, "hide your beer from the police". I must say, having this product, or more specifically the entire brand, be interpreted as something to "help you break the law" isn't really our can of worms. So we've decided that it's in the best interest of the company and this product to change the name, especially while it's still early...

So, here we go. We've spent countless hours pouring over new options, have had some serious debates (or arguments!) and have the winner that more represents what we're working to accomplish; to keep a beer colder, longer.

We'll be announcing the rename of BottleCamo in the coming days and we really think you'll like it...so get excited.

Life is too short to drink warm beer.